After my recent post about Moira Johnston going topless in New York to promote the equal right of women to go topless anywhere that men can, I have been thinking a lot about the things which are acceptable for one gender and not for the other.

As a woman, before finding out about Moira Johnston, I had never even considered going topless because it is something which,  while absolutely normal for men,  is still socially unacceptable for women.

In the last few days I have been thinking about certain gender ‘rules’ that we learn and which are re-inforced every single day of our lives. These rules become so ingrained in our collective consciousness that whenever someone breaks the rules they are targets for ridicule and scorn. Such ridicule and scorn only serves to keep relationships between men and women unequal, and surprisingly, the rules which at first seem unfair for men, usually have a negative impact on women too. 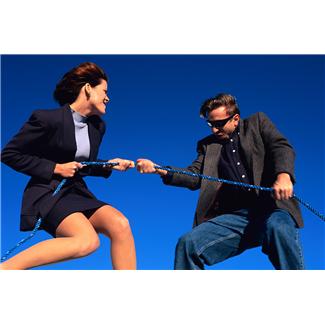 Here are the rules and what they mean for both genders.

I bet there are men out there who wouldn’t mind being able to cover up a spot or two every once  in a while or disguise the bags under their eyes  without it being a huge deal. However, for most men, going to work or going out in public with foundation or concealer or any other make up on is a big no-no and would leave them open to ridicule from both genders. Make up being unacceptable for men affects both genders, it means that men can’t hide their spots or hide the fact they have had a late night and they can’t improve their confidence or self-esteem by hiding or improving the appearance of parts of their face which they are self-conscious about.

It may seem like women have the better end of the deal here but a little scratching beneath the surface shows that this isn’t the case. The fact that it is acceptable for women to improve their appearance with make-up while unacceptable for men shows that more value is placed on the looks of women than on the looks of men. This means that looks are used to measure the ‘value’ of a woman while men are only judged in relation to other things such as achievements and skills.  Basically, make up being acceptable for women but not for men points to a society that thinks that women should  strive to be pretty while men should be dedicating their time to other more important pursuits.

Why? Do their tear ducts not work properly? Do they not get upset or frustrated? Is there a death squad ready to annihilate any man who dares to shed a tear? The answer to all of these questions is ‘No.’ The reson that men shouldn’t cry is because it is not a manly thing to do. Translation : Crying is a womanly thing to do.

What does this mean for both genders? Well being the gender which is actually allowed to cry means that women are labeled as ’emotional’  and not being allowed to cry means that men trigger their energy into anger because punching the wall and looking angry is more acceptable than shedding a few tears and looking sad. So women end up looking ‘weak’ and men ‘strong’ simply because we shed tears instead of punching holes in the wall. I doubt that women would be viewed as the more emotional sex if it was socially acceptable for men to cry and I bet that if we women weren’t allowed to cry we would probably turn to violence to. If men cry it shouldn’t be viewed as a week action but a sensible one, it means they have chosen to avoid themselves more pain by avoiding punching walls.

It is more acceptable for men to have many sexual pursuits than it is for women. If women pursue sex then they are labelled as either ‘slut’ or ‘desperate’. Who has the right to lay down such a rule and why do we not only accept it but also participate in it? This rule promotes one of the biggest gender inequalities, the freedom to pursue and engage in sex. You can have your own opinion on sex outside of marriage or on casual sex, that’s fine, but if those opinions differ on the basis of gender then you are stating either consciously or unconsciously that the genders are unequal and should have different rights where sex is involved.

Many women, although we now have our own jobs and financial independance, still expect men to pay for things for them, especially when it comes to the first date. I guess this rule became the norm when women were restricted to the home while men went to work. Naturally as the men were the ones with money, if they asked a girl to go out somewhere with them and she accepted, then they were obliged to pay. Fair enough, this makes sense. Now however, we women stand on our own two feet financially so we shouldn’t be expecting men to foot the bill. Some women believe that because a man has asked them out then the man should pay, no questions asked. Why? Would you expect to the foot the bill if you asked him out? This brings me onto the next rule;

5. Men should ask women out, not the other way around.

I don’t know why this is the case, maybe it also stems from the money situation, from when men were the ones with financial mobility and were therefore the only ones who could afford to ask someone out. This isn’t the case any more though so the rule should be forgotten. However, many people still view it as ‘desperate’ for a woman to ask a man out. Guys, if girl asks you out it does not mean that she is desperate, it means that she likes you and Girls, guys are shy and fear rejection just as much as we do, why should they always have the raw end of the deal when it comes to asking someone out? and don’t even get me started on proposals.

6. Well I’ve started now – Men are the ones who should propose.

Why? Seriously please tell me, I would like to know.

Thanks for checking out my blog 🙂

12 thoughts on “The Gender Rules”

What do you think? Cancel reply